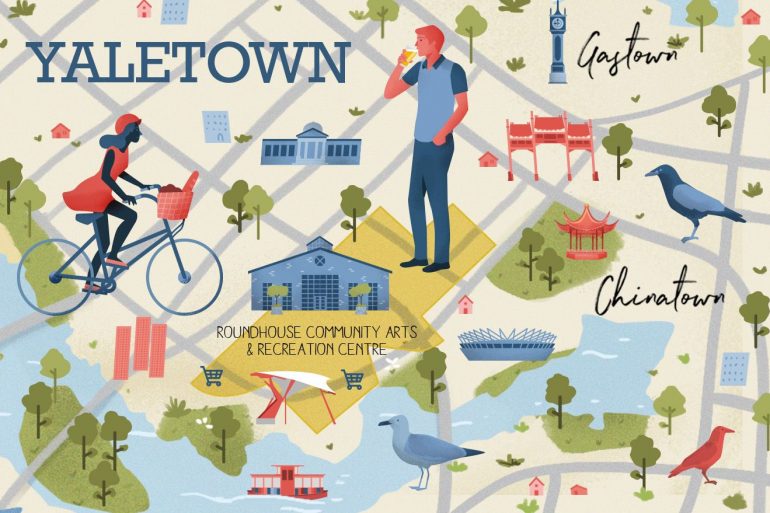 For all the party people in the house – well, at least those with well-paying jobs – Yaletown should be high on your list for living your best life. Railway loading docks, that hearken back to the 19th century, have been transformed into some of the city’s top restaurants, bars and nightclubs, not to mention ground zero for all your waxing and cosmetic dentistry needs. Former warehouses along Nelson and Mainland have been converted into pricey industrial lofts, forming the core of Yaletown. Other newer, upscale developments hem this historic area, offering additional housing options to city dwellers.

Despite having more nightlife options than most other ‘hoods, Yaletown is remarkably well-suited to young families as well, with many parks,  the Roundhouse Community Centre, daycare and schools within its boundaries. The mix of old and new architecture, industrial brick and gleaming new windows, tech companies and their workers, salons and their Insta-worthy clientele, all make for a diverse, lively neighbourhood.

Bordered by the waters of False Creek on its south, Richard Street to the North and Robson Street and BC Place Stadium to the East.

SFU, BCIT, and UBC have campuses located in Vancouver’s downtown. As well, Vancouver Film School, VCC, and numerous ESL schools are all within walking distance of Yaletown.  Elsie Roy Elementary is right next to Yaletown’s Roundhouse Community Centre and King George and City Secondary Schools are in nearby West End near Denman and Nelson. Independent Westside School is located a couple of blocks from Yaletown proper.

Check out our other Metro Vancouver neighbourhood guides: 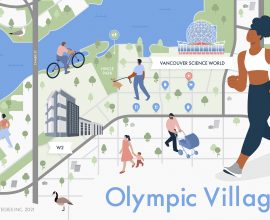 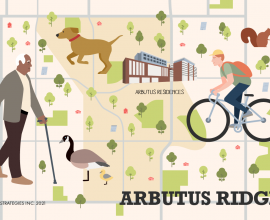 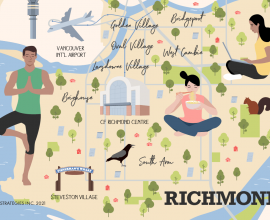 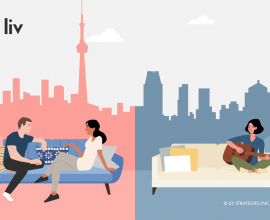